With an inspiring two-day meeting, the international research programme ‘Comorbid Conditions in ADHD’ (CoCA) was successfully kicked-off in Frankfurt on March 1 and 2. The CoCA programme is a new EU-funded project on biological mechanisms shared by attention-deficit/hyperactivity (ADHD) and several of its most frequent psychiatric and somatic comorbidities, i.e. anxiety/depression, substance use disorders, and obesity. 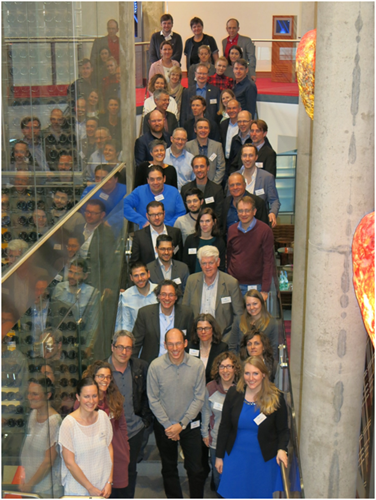 CoCA consortium at the Kick-off meeting in Frankfurt, Germany (1-3 March 2016)

After a fierce competition, the CoCA project was selected for funding from over 300 submitted proposals, together with only six others. CoCA will receive 6 Mio Euro for research from the European Commission during the next 5 years. This funding will provide the 17 partners from 8 European countries and the US with the opportunity to investigate the role of dopamine neurotransmission and the circadian rhythm machinery (as well as additional relevant biological processes to be identified as part of CoCA) in the co-occurrence of the different disorders. In addition, they will perform randomized clinical trials for two non-pharmacological, inexpensive, and easy accessible interventions, i.e. physical exercise and bright light therapy, to study their potential to prevent ADHD comorbidity.

In stimulating and fruitful discussions, the 50 meeting delegates finalized plans for a total of 10 comprehensive and highly complementary work packages during the Kick-off meeting. Amongst the project partners are also a representatives of the European patient support group ADHD-Europe, which will actively contribute to research and dissemination of CoCA, and US-based and German leading experts, who form the Scientific Advisory and Ethics Board of the CoCA programme.

More than 21 million people suffer from ADHD in the EU, with direct medical cost and loss due to decreased productivity adding up to over €70 billion per year. ADHD, being a childhood-onset disorder, forms the entry route into a (preventable) negative developmental trajectory later in life; importantly, more than 80% of adult ADHD patients suffer from a comorbid disorder. However, exact numbers of ADHD patients suffering from the comorbidities under study is not yet available. CoCA will provide such information, based on large epidemiological data sets, and – for the first time – will calculate the costs associated with such comorbidity. Through the research approaches taken in CoCA, we hope to raise awareness for ADHD, reduce the stigma associated with this disorder, and empower prevention and therapy approaches.

The CoCA programme is coordinated by Prof. Andreas Reif from the Goethe University in Frankfurt, Germany. The Department for Psychiatry, Psychosomatic and Psychotherapy has access to large patient samples suffering from ADHD and affective disorders. The Research Unit on ADHD that has ascertained a large, well-characterized of adult ADHD patients world-wide tightly cooperates with the Department of Child and Adolescent Psychiatry, whose head is Prof. Christine Freitag. Beyond treatment as usual, there is an extensive and elaborate clinical research framework including early recognition of psychiatric disorders, cognitive remediation, long-term follow-up of patients including neuropsychological/-imaging examinations and fluid biomarkers. The excellent research and clinical conditions make Frankfurt a significant location to represent the leading site of CoCA.

We are responsible for work package 4 and 6 (PROUD) study of the coca-project http://coca-project.eu/ .

WP4 focuses on a multi-level analysis of the dopamine mechanism and will analyse epidemiologic studies to test whether reward processing moderates the outcome of ADHD and comorbid disorders. The interplay between genetic/environmental factors, ADHD diagnosis, comorbidity and the dopamine system is studied together with WP1/2 and experimentally validated in healthy volunteers undergoing pharmacoMRI with dopamine agonists/antagonists. A sub-sample of participants of the clinical trial (PROUD; WP6) is studied with these paradigms to probe whether DA is a useful biomarker to stratify patients regarding their risk for comorbidity and therapy response.

This study will be conducted in Frankfurt am Main / Rhine-Main region, Germany and Nijmegen, Netherlands. To participate please contact coca-da@kgu.de

WP 6 consists of the PROUD trial which is done in cooperation with the depratement of child and adolescent psychiatry. 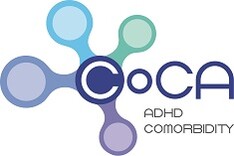